URGENT UPDATE: As of November 22 Judges have temporarily suspended the new FLSA overtime regulations. December 1 is no longer the effective date and the rules are on hold for now. The issue will bear watching. 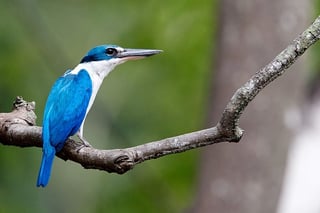 By now most employers and HR professionals are aware that on May 18, 2016 the U.S. Department of Labor announced their final rules regarding “white collar exemptions” to the overtime pay requirements under the Fair Labor Standards Act.  No changes were made to the “duties test” used to determine if an employee can be classified as exempt from the Act’s overtime rules, but significant changes were made to the required salary test for exemption.  Previous to the May 18th changes employees had to meet the duties test as well as earn a minimum salary of $23,660/yr.  Under the new rules the duties test will remain the same but the minimum salary will increase to $47,476/yr. as of December 1, 2016.


“In order for a bonus to qualify for exclusion as a discretionary bonus under section 7(e)(3)(a) the employer must retain discretion both as to the fact of payment and as to the amount until a time quite close to the end of the period for which the bonus is paid. The sum, if any, to be paid as a bonus is determined by the employer without prior promise or agreement. The employee has no contract right, express or implied, to any amount. If the employer promises in advance to pay a bonus, he has abandoned his discretion with regard to it. Thus, if an employer announces to his employees in January that he intends to pay them a bonus in June, he has thereby abandoned his discretion regarding the fact of payment by promising a bonus to his employees. Such a bonus would not be excluded from the regular rate under section 7(e)(3)(a). Similarly, an employer who promises to sales employees that they will receive a monthly bonus computed on the basis of allocating 1 cent for each item sold whenever, is his discretion, the financial condition of the firm warrants such payments, has abandoned discretion with regard to the amount of the bonus though not with regard to the fact of payment. Such a bonus would not be excluded from the regular rate. On the other hand, if a bonus such as the one just described were paid without prior contract, promise or announcement and the decision as to the fact and amount of payment lay in the employer’s sole discretion, the bonus would be properly excluded from the regular rate.


Under this definition of “discretionary” it appears that in order to be considered “non-discretionary”, the employee must have a contractual right  (express or implied) to collect the payment should they meet a specific set of objective criteria.  Once the employer announces the objective criteria required to qualify for the bonus or commission, the employer must be obligated to pay the employee if they meet that criteria, no matter what.   The employer can have no “discretion” as to whether or not they will make the incentive payment.  If you are intending to include bonuses or commissions to account for up to 10% of the required minimum salary for your exempt employees, you will need to review your policies regarding payment of these bonuses or commissions to be certain that they are truly “non-discretionary”.


Non –discretionary bonuses and commissions must be paid to employees at least quarterly.   If at the end of the quarter the employee does not meet the minimum salary level required for exemption, the employer may make a catch-up contribution by the next pay period after the end of the quarter.  If no catch-up contribution is made then overtime must be paid for the quarter.    It is, therefore, extremely important that employers who are using “non-discretionary” bonuses or commissions as part of the compensation required to meet minimum salary levels under the Act keep extremely accurate records of hours worked for these employees in case you need to pay overtime at the end of the quarter.